For the past two years at the beginning of July, my husband and I celebrate our daughter’s birthday. She’s 9, quickly going on 10. She is a product of his first marriage, but she’s as much my daughter now as he’s my husband. Since birthdays are fun times and supposed to be pretty awesome, we try to do a theme for her big day.

My first year in her life, we chose Minecraft as her theme, with a cake idea and gifts already chosen. The gift set-up just sort of happened, and it turned out to be awesome. So, this cake is chocolate, with fondant and toys on top of a carefully carved cake fitted together with chocolate icing. The bricks are fondant, as is one of the Creepers. I had high hopes and crazy ambition when I planned it, but it eventually became clear that I had neither the tools nor experience to truly create fondant characters. She was happy, though, and that’s all that mattered. 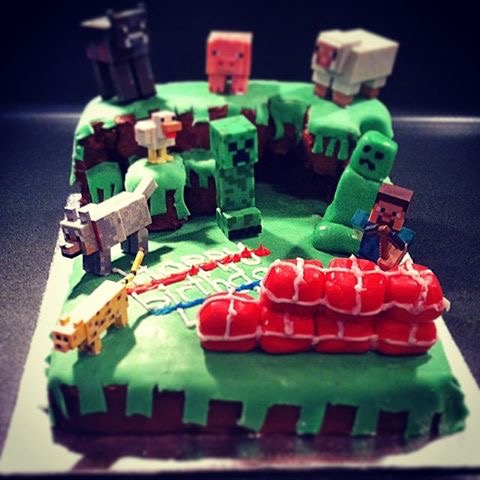 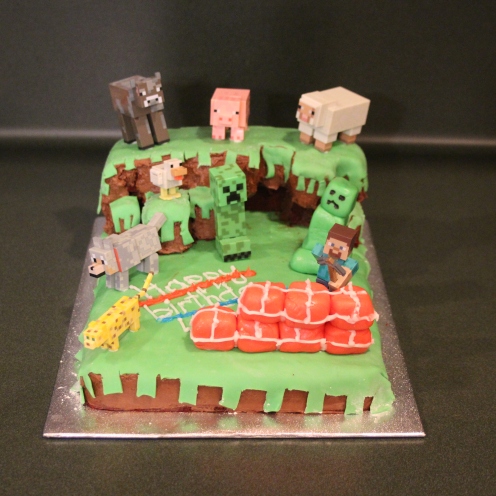 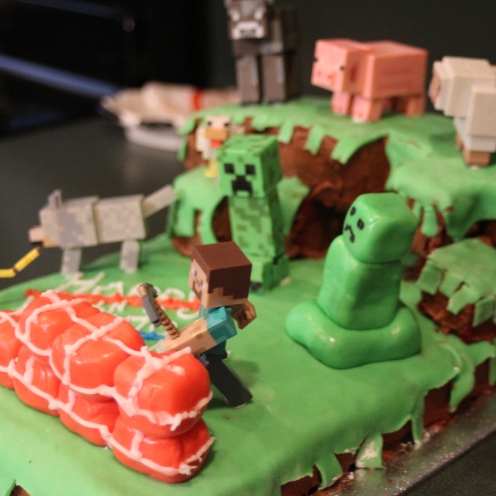 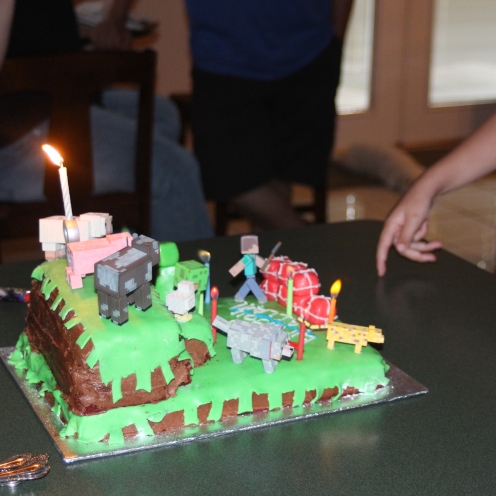 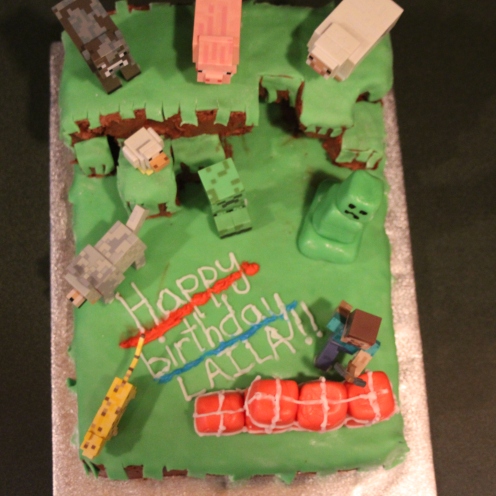 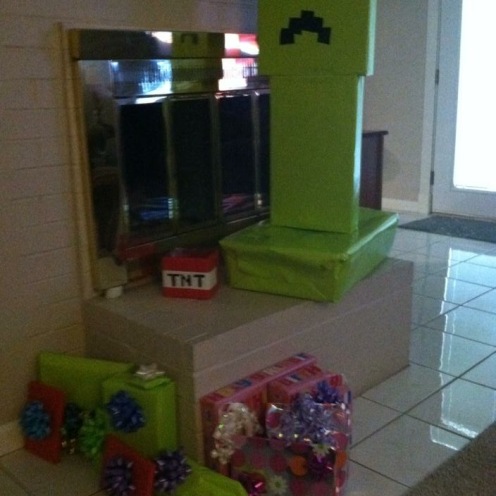 In 2015, Inside Out had just come out and we went to see it all together. Since we all loved it, that was the theme for birthday 9. This one was four layers of chocolate cake in 9 inch rounds with the middle two layers cut out. As I was stacking the layers up, I filled the middle with M&Ms, then iced the entire thing and added sprinkles, toys, and cake balls (by Jenny’s Bakery in Friendswood, I think). The look on her face when we cut it open was priceless! 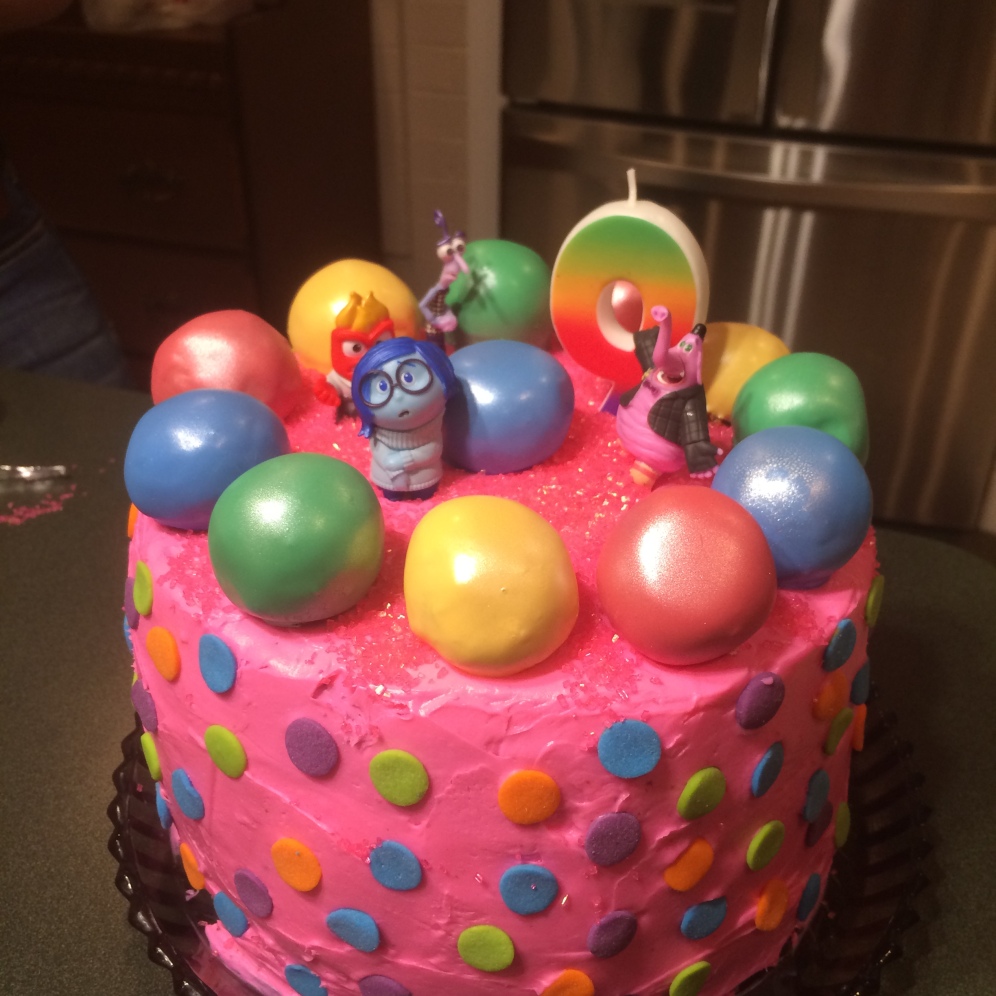 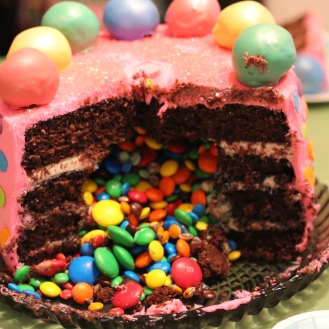 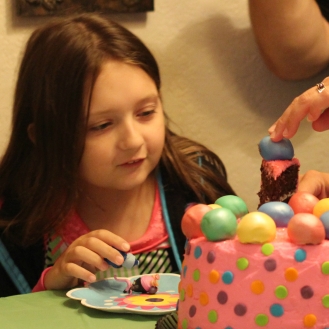 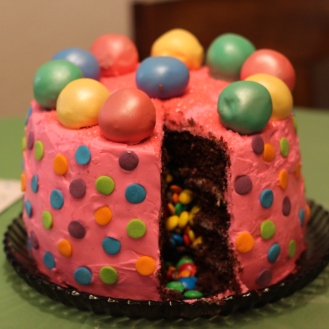 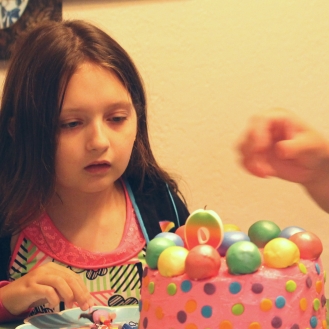 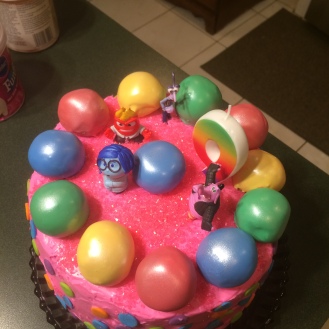 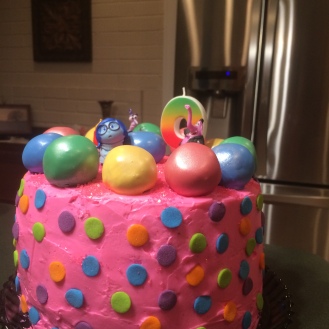 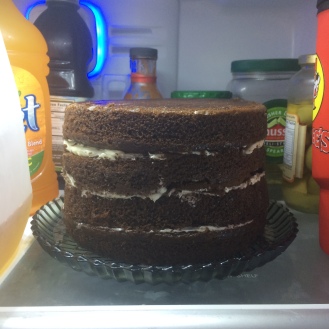 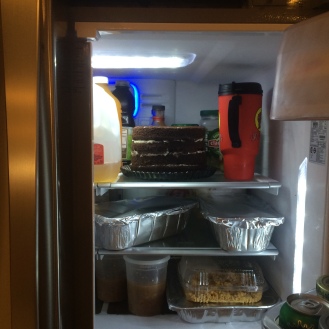 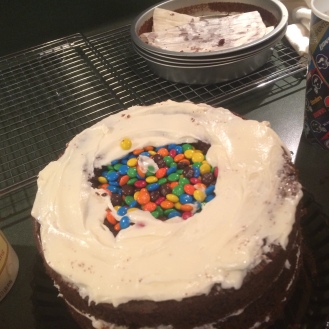 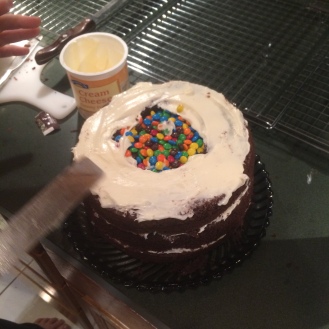 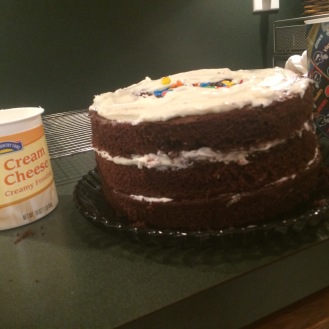 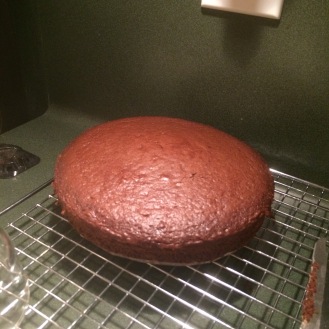 Unicorns will be the order of the day for this summer’s birthday, and I’m already planning on a pretty spectacular cake. Hopefully it will get even better than last year’s and really put a smile on face!